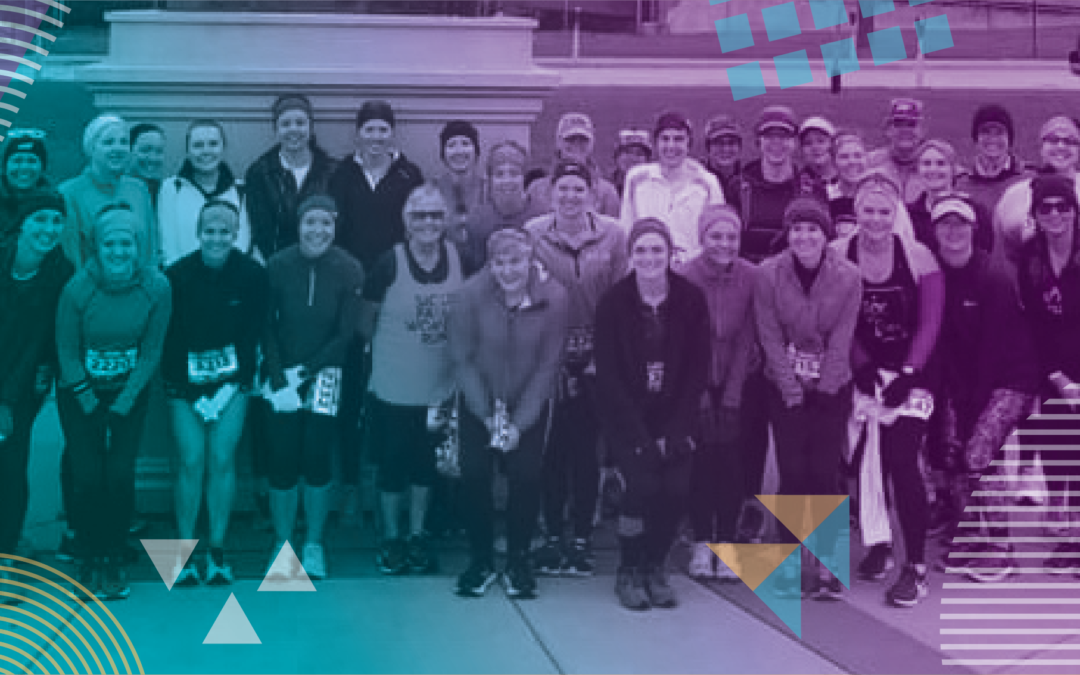 This story is the final part of a ten-part series about the 2019 Sioux Falls Skedaddle. For more information about the race and how to join us next year, visit the website here.

The winters are brutally cold, and the summers get cripplingly hot, but community knows no seasons. That’s why you’ll find Sioux Falls Women Run reaching out year-round, holding one another up and propelling each other forward.

With more than 2000 active online members, even when the women aren’t physically near, they are never far from their support group. The team serves as a home base for women in, from, or visiting Sioux Falls looking for a safe place, information, and support.

“We have heard all of the questions, and someone has had an answer for each one of them. Whether it’s about how to fuel, what to wear, how to deal with the weather or blisters, what to do with your children when you’re training or running. There are questions you don’t know to ask until you’re right there in the thick of it, and someone is always ready with an answer when you need it the most.”

“We were connected through a 605 Running Company group, and Sara reached out to me with this idea she had. She wanted to find a way to connect women and give them support and safety through this community, and give them a chance to really explore running in Sioux Falls. It’s so beautiful, and there are these great paths everywhere, but sometimes women are afraid to explore or to try to just go for a run on their own, both for safety reasons and because they just don’t know if they’re strong enough to do it. She wanted me to take on a coaching role, while she managed and kept everything organized. I was definitely on board…”

“605 has been kind of a home base for us. We had experiences with them through their running groups, and we just knew that we wanted to work with them. We’re a non-profit, so when we decided to look for partners, we knew we wanted to get 605 on board. There was no hesitation, they’re always looking for ways to invest in their community, and they were ready to invest in us. We’ve gotten to work a lot with Grant, and he has done everything he can to make this very warm and welcoming.”

So when the group learned that 605 was teaming up with Pink Gorilla for a local spring run, the women didn’t hesitate, either.

“Several of us had done the Good Life Halfsy. Pink Gorilla puts on such a great event, it’s so well organized and there’s so much energy in it. There was no way we would miss it!”

“More than 50 of us signed up right away, and then about a dozen of us signed up as volunteers, for water and aid stations, and as pacers. I’m 37 weeks pregnant, so I didn’t feel like I could put that kind of pressure on myself, but that’s the thing about this team and this event. You feel welcomed and included no matter what. If this is your first race, if you fall off of your pace, if you can’t even run, this event was fun and welcoming for everybody.”

And everybody left knowing not only did they belong, but that this event belonged to them.

“We all felt that we always knew exactly what was going on. Signing up for these events can be really intimidating, which is part of why we have this group. To make that part more accessible and to answer questions… and we expected there to be some chaos with the flooding we’d had. The course did change, but we knew about it well in advance of the event, and the detour was so well thought out that it didn’t feel like a hiccup or an inconvenience that happened. It was just the course, and everyone just loved it!”

Jacqui and the Women of Sioux Falls Women Run aren’t the only ones talking about the next Skedaddle. Sioux Falls was so welcoming, and Pink Gorilla and 605 can’t wait to make next year even more incredible for you!