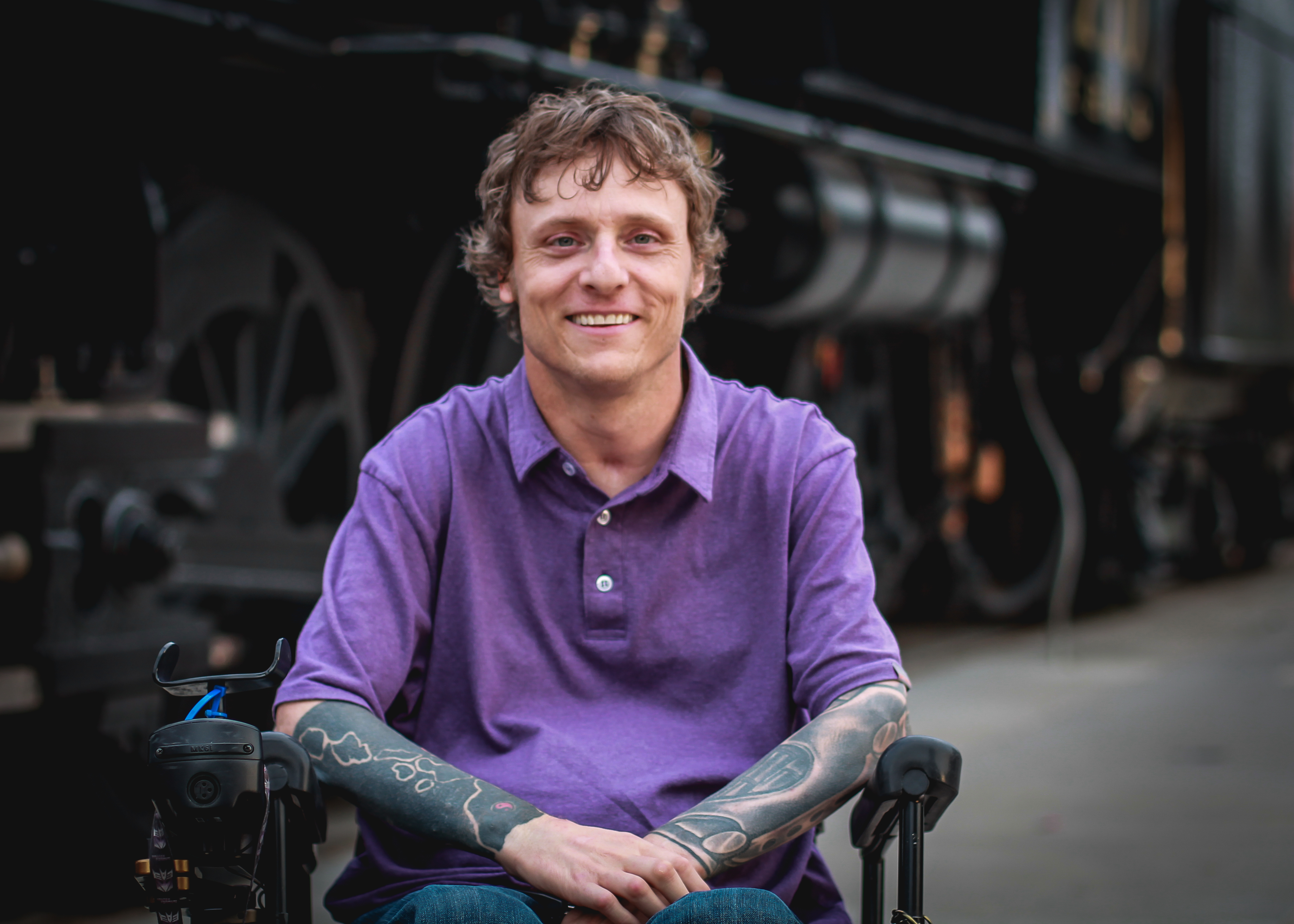 This story is the third part in a four-part series about our Halfsy Hero Robert Rieck. Our series will follow Robert and three other heroes as they train for the 2017 Good Life Halfsy.

“The weather has really been holding me back. I can’t do anything in the rain, and there isn’t another workout I can do that is anything like pushing my chair.”

Robert explains that with absolutely no voluntary muscle movement in his hands,  he is unable to grab the wheels of his chair. He relies on rubber grips to move himself.

“If it gets wet, the rubber just slips. I can’t grab the wheels.”

And so after months of training, it all comes down to the weather.

“I can deal with anything, the cold, the wind. I can deal with heat, but I don’t think it will be an issue this late in the year. The only thing that can stop me is rain.”

And since he can’t control the weather, Robert is focusing instead on everything he can affect.

“I pulled out my old folder, I have this cardboard slip that tells me my stats for the Halfsy I did back in 2015. My speed every mile, what the road looked like. I’ve found ways to mimic the hills and I’m going to try to match my times. And now all I can do is mentally prepare.”

He has one more hurdle to overcome before race day.

“I need to have my chair adjusted. It teeters, when I push, I pop up onto my caster wheels. I have to fight it back down on each push, and I’m wasting so much energy. I need to stop it from tipping so much.”

Robert has come this far, and he knows exactly where he stands. With his head in the right place, victory is already his. Decades of overcoming, years of training, months of preparing, and only weeks to go.

Check back for more Halfsy Hero stories, and to read the last installment of Robert’s story.