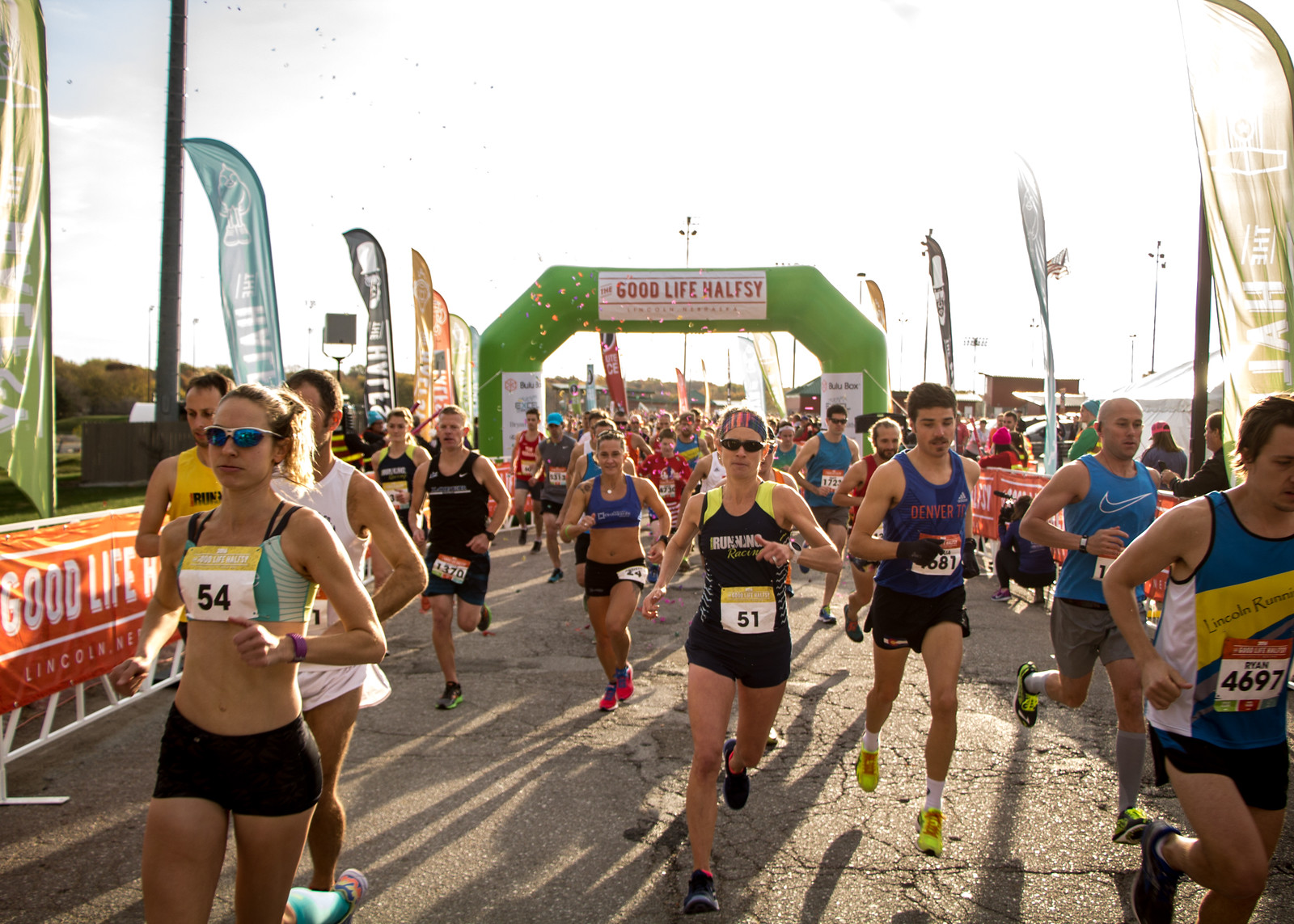 This story is the final part in a four-part series about our Halfsy Hero, Michelle Paxton. Our series followed Michelle and three other heroes as they trained for the November 6th Good Life Halfsy.

As soon as the gun fired, Michelle was off. She was eager to get the Halfsy started and see how her training would hold up.

She said she wasn’t quite up to the fitness level she’d hoped to be at, what with taking time off to deal with an injury, but when race day came Michelle was feeling good and ready to run.

Her spirits were high and the momentum of the other runners and spectators was awesome, she said. But just a few miles in, Michelle had a problem… her shoe was untied. Oh brother, she thought, as she slowed down to tie her shoe and then tried to make up for lost time.

After 20 years of running races, Michelle said, she’s never had to stop to tie her shoe during a race. It threw her off a little bit, slowing her down and discouraging her, but she worked to focus on staying positive and running her best race.

Her goal was to spend less time looking at her watch and tracking her pace, and more time encouraging herself with positive thoughts.

The rest of the race went well. Michelle was able to make up some time and she was the fifth female to finish. Her time wasn’t a personal best, but that’s fine by Michelle. This race was more about proving to herself that she could overcome an injury and enjoy the atmosphere of race day.

At the finish line, Michelle met up with a few of her friends and they did a quick cool-down run before enjoying the post-race activities.

Michelle said events like the Halfsy make her thankful for a strong and well-connected running community in Lincoln. As someone who runs a lot of races across the country, she knows how important it is to be connected with other runners, both for training and moral support.

Despite the fact that her training for the Halfsy was a little more difficult than usual, Michelle said there’s no way she’s going to stop running. She has a few races planned for the upcoming year – one in Houston as well as the Boston Marathon – and she’s excited to compete in those with a few of her friends.

For Michelle, running is competitive. She loves the sport and thrives under the pressure of a race, but with every race she trains for, Michelle said she becomes more and more thankful for the ability she has to run. She’s thankful for the life she’s been given and that running is and will continue to be a part of it for years to come.

Check back for more Halfsy Hero stories, or go back and read the four installments of Michelle’s story.