This year’s Halfsy Heroes have already taken their first steps toward the finish line, and each one is running toward something even bigger!

A decision to change her life had Julia Wessel running from her daughter.

“I had this pair of size 20 jeans and they made me mad. They made me madder because they should have been a 22, but I just couldn’t go there.”

That was when Julia decided to make a change. In May of 2017, she joined Weight Watchers and learned new ways to make the foods she loved, and how to rely on those foods as fuel.

“Then I added running. My daughter Ashley, she’s my best friend. She started joining me, so far we’ve lost over 150 pounds together.”

But it wasn’t what Julia lost that put her on our radar. It’s what she gained. Not only was she living her best life, but she was showing her daughter that all it takes to change your future is making the decision to live an incredible present. And maybe, having someone to push you along the way.

“We’ve really started challenging one another. It started out innocently, really… she would tell me how fast she did her run and I would just think to myself… I bet I could beat that.”

But the women aren’t competing to leave the other behind, they’re competing to propel one another forward. While they’ve learned to use food as fuel, they’ve also learned to use their love for each other to fuel the fire that drives them to a long and healthy friendship.

Melissa Has Four Times the Reasons to Run

There is no such thing as getting your pre-baby-body back. What your body did and continues to do after creating a human changes you on a cellular level. You can lose weight, you can regain your strength, and you eventually start to reclaim your time, but you are an altered human. Melissa Omar has a funny habit of making humans in pairs. Shortly after completing a half marathon in May of 2017, she discovered she was expecting her second set of twins.

“I have 7-year-old twins at home, and Gideon and Thaddeus were born in March. While carrying twins, I did not do much activity and stopped running in August of last year. It is something I’ve missed and doing this half marathon is the motivation I need to get back into running.”

Finding time between her 4 children at home would be hard enough, but as an English teacher, Melissa has a few dozen more children counting on her, as well.

“During the week, mornings are my only option. My alarm starts going off at 4, and after hitting snooze a few times, I head to the YMCA to do my miles. On the weekends, I sleep in until around 6:30 then try to get out.”

Melissa isn’t running away from her little ones, she’s running to stay strong and healthy for them, and to come home the best mom she can be.

“I’m not a runner. I never was. I started as a way to lose some weight and gain some confidence, but just wasn’t getting into it. Even as the weight started to come off, I never became a cardio bunny.”

Instead, Jenn Schroeder chose to become more active through strength training, HIIT, and Crossfit. As she gained strength, she looked for ways to add cardio into her routine.

“I jump rope and find ways to get my heart rate up, but then I started adding in small runs. I did some 5Ks, but then last year, I ran my first Halfsy. It’s a lot of miles, it was a lot. As I was training, I knew that this was a one-time thing. I was going to run one half marathon and then never do it again.”

Then race day came, and after more than 13 miles, Jenn crossed the finish line. “The way the event is put together, the energy at that finish line… I thought ok. I’ll do one more…”

Preparing for this year’s event hasn’t come easy, either. Battling with the rain, Jenn still finds time to get her miles in, no matter what! 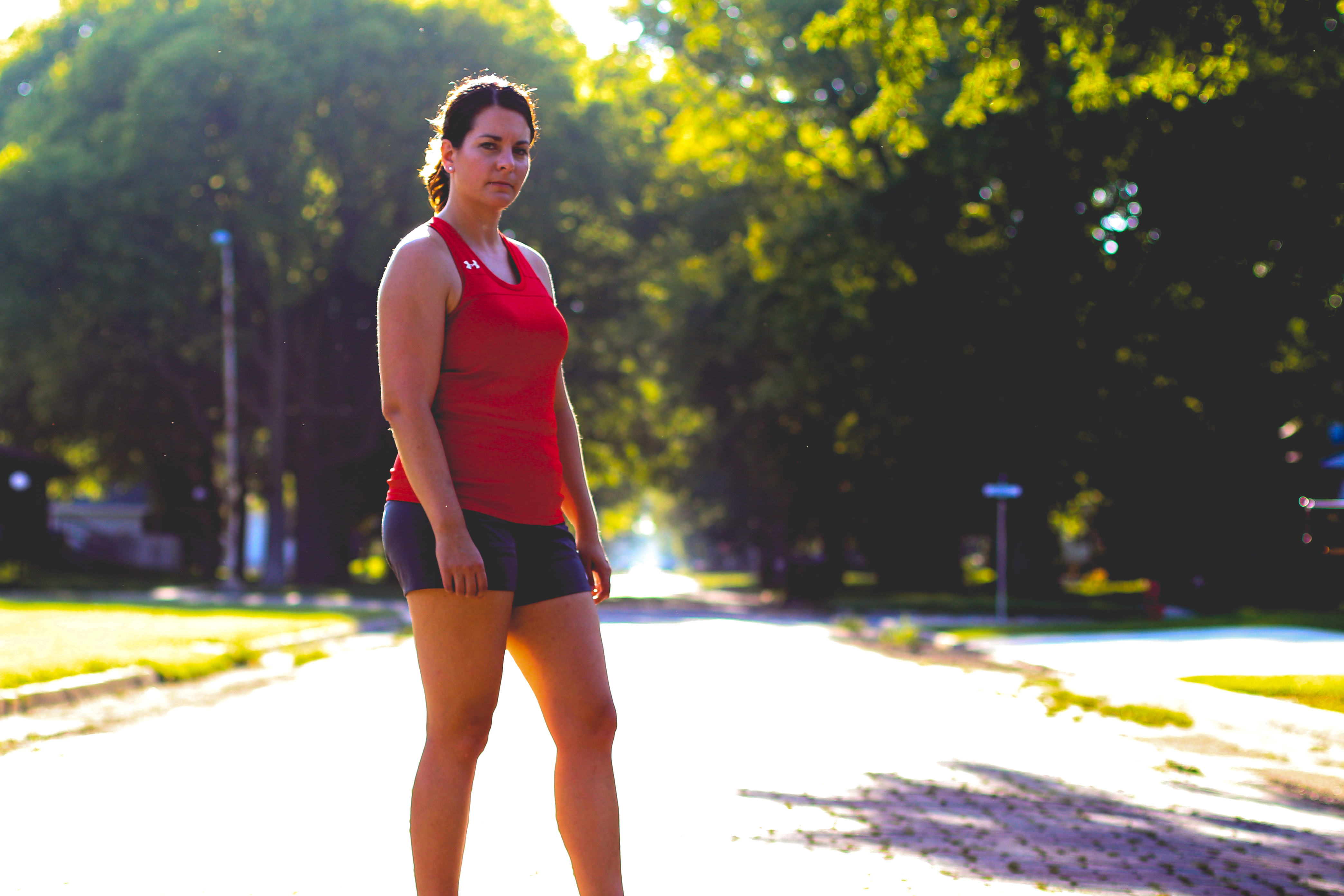 “I’m competing with my body most of the time, so just getting to race day is a lot of work!”

In 2010, Christina Liekhus was dealt the devastating blow that her body was not on her team. A diagnosis of MS could have brought her to her knees, but instead, it brought her to her feet. It wasn’t until her diagnosis that she decided to start running marathons, and since then, she has run 5 half marathons, as well as the Lincoln and Boston Marathons.

“The farthest I had run before my diagnosis was a 10k. I run to keep my body happy and healthy. There are days I am running through pain but I am still running. In 2010, I had to go through 3 months of physical therapy because my MS affected my walking. I had to use a cane for a couple days to keep my balance until I recovered from my MS relapse. I run to inspire others who are in pain to keep going and follow your dreams”