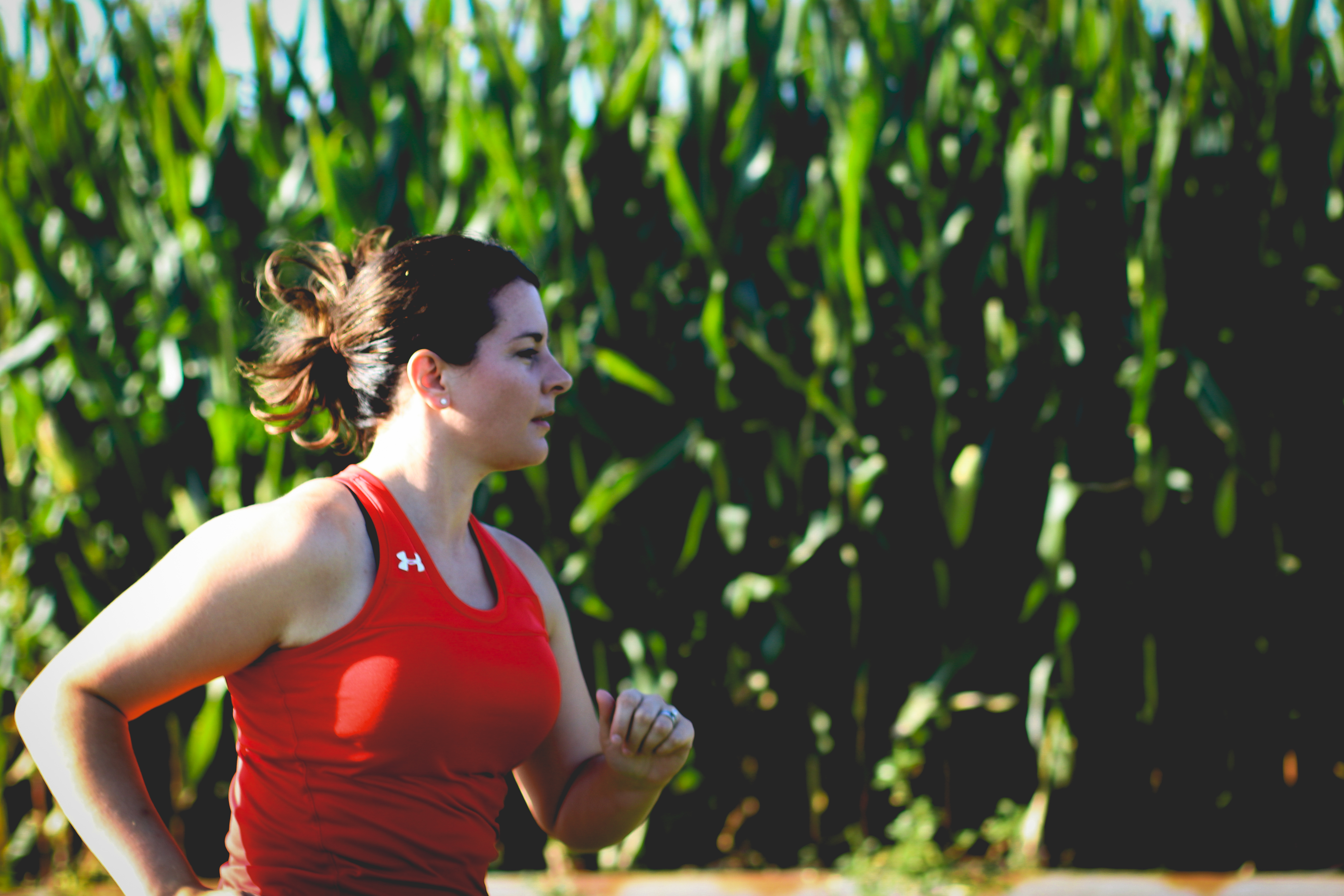 This story is the third part in a four-part series about our Halfsy Hero Christina Liekhus. Our series will follow Christina and three other heroes as they train for the 2018 Good Life Halfsy.

“My daughter does it all! Basketball, softball, volleyball. She’s all over the place.”

Listening to Christina Liekhus talk about her daughter, she sounds inspired and amazed at the 9-year-old future-woman she is tasked with raising.

“Sometimes I just don’t know where she gets the energy! She’s such a great kid!”

As she goes on about her children, it may not occur to her that her daughter does so much, works so hard, and lives life so fearlessly because she has the ultimate example of fortitude as her keystone.

“She’s picked out her Halloween costume… and she looks beautiful! But she looks like… a woman. I don’t think there’s anything wrong with the costume, the pieces of it are really cute, and it comes together really well. I think it just makes me see her differently… in a way I’m not ready to see her. She’s already growing up too fast!”

Christina knows the value of time. Of youth. Of energy… and she works hard to appreciate every hill, turn, and step of the way.

“This Saturday before the Halfsy, I’m doing the Hurtz Donut run. I did Market to Market and got in between 9 and 10 miles that day, and I was faster than I planned! I feel really good about Sunday. I have to take every day one at a time, but I think I’ll do well! I plan to run the whole time. No walking.”

Christina’s life is well organized. It has to be, between her job, her daughter’s extracurricular activities, her son’s schedule, and caring for her own health, but she knows how to roll with the punches.

“Sometimes, things just pop up. They do for everyone. Sometimes you don’t do things the way you expect to do them, or you don’t experience life the way you planned to. That doesn’t mean don’t make a plan. It just means… be really good at coming up with a contingency.”

Christina may sometimes need to find new paths to take, new teams to run with, and new inspiration to keep moving forward, but she will always find her finish line.

Check back for more Halfsy Heroes, and for the final installment of Christina’s story.