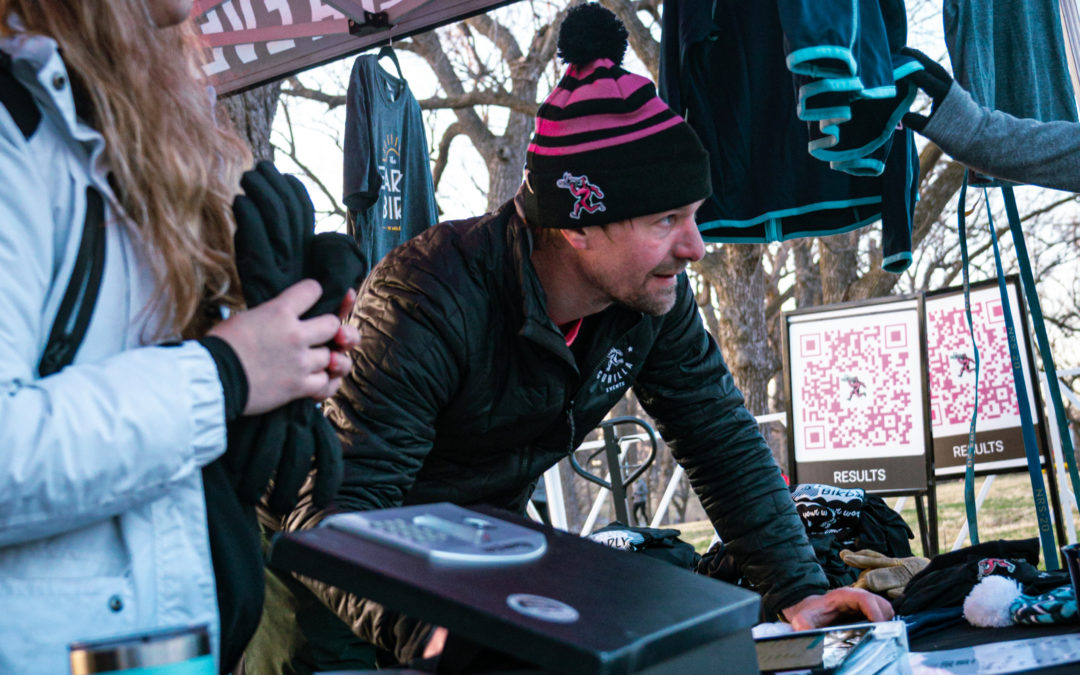 I have to say, I LOVE the Early Bird 10-Mile Run!
Here’s a few highlights of the race this past weekend:

SPRING IS IN THE AIR

For me, the Early Bird Run marks the official start of spring. The grass is starting to green, trees are budding, birds are chirping again, and you just feel the optimism of warmer days ahead.
The setting of the Early Bird also has a nostalgia about it and takes me back to my roots of running. Walnut Grove Park, the start line for the race, is where Ben Cohoon, co-founder of Pink Gorilla Events, and I started a lot of our training runs when we played high school soccer at Millard South. Who would have known then that 20 years later we’d be putting on Nebraska’s largest 10-mile run from this same hidden gem of a park!

Ok, so yes, it started out a bit brisk. But what a beautiful day it turned out to be. For both Omaha Packet Pickup and setting up the day before the race, we had consistent wind gusts of 35 to 45 mph. So when I saw the forecast of basically NO wind for race morning I was pretty excited.
The nice temperatures and low wind translated into some really fast times. Katie Fitzsimmons of Omaha put up a new course record with a time of 59:57 beating her own 2019 time by 3 seconds. Emalia Clement of Omaha and Amy Barry of Gretna also posted fast times to get into the top 5 of the all-time course records. In the men’s division, Nolan Zimmer of Omaha and Nolan Border of Lincoln also ran well enough to find their names on the all-time top 5 leaderboard. Zimmer now holds the top 3 fastest times for men at the Early Bird! In the master’s division, Amy Barry and Jay Oligmueller ran well for the top spot on the all-time masters division leaderboard and Eric Crawford also found his name at #2 in the all-time top 3 list for men’s masters.
Maybe it was the mimosa’s but judging by all the smiles after the race, it seemed like there were a lot of PRs out there this weekend.

Breakfast is by far my favorite meal, so I love that we are able to make the Early Bird Run a breakfast run. I also love that we are able to partner with some of my personal favorites breakfast spots in Omaha to make it happen. Archetype Coffee is now up to 3 locations in Omaha, Blackstone, Little Bohemia, and their newest location in the Ashton at Millwork Commons. Early Bird Restaurant provided the Cinnamon rolls again this year. Hitting up their Blackstone location and enjoying a lazy brunch is a must if you haven’t had the opportunity.

Races like the Early Bird just wouldn’t be possible without the generous support from local community groups to volunteer their time at water stations, race recovery, packet pickups, after party or on the course. Many volunteer groups have partnered with Pink Gorilla Events for over a decade now!

CONGRATS TO ALL RUNNERS

Whether this was your first 10-mile run or 50th, we want to congratulate you on your accomplishment of training hard and finishing the race. We hope you had as much fun running as we did putting it on! We hope to see you again at another Pink Gorilla race soon.
Jason Bakewell