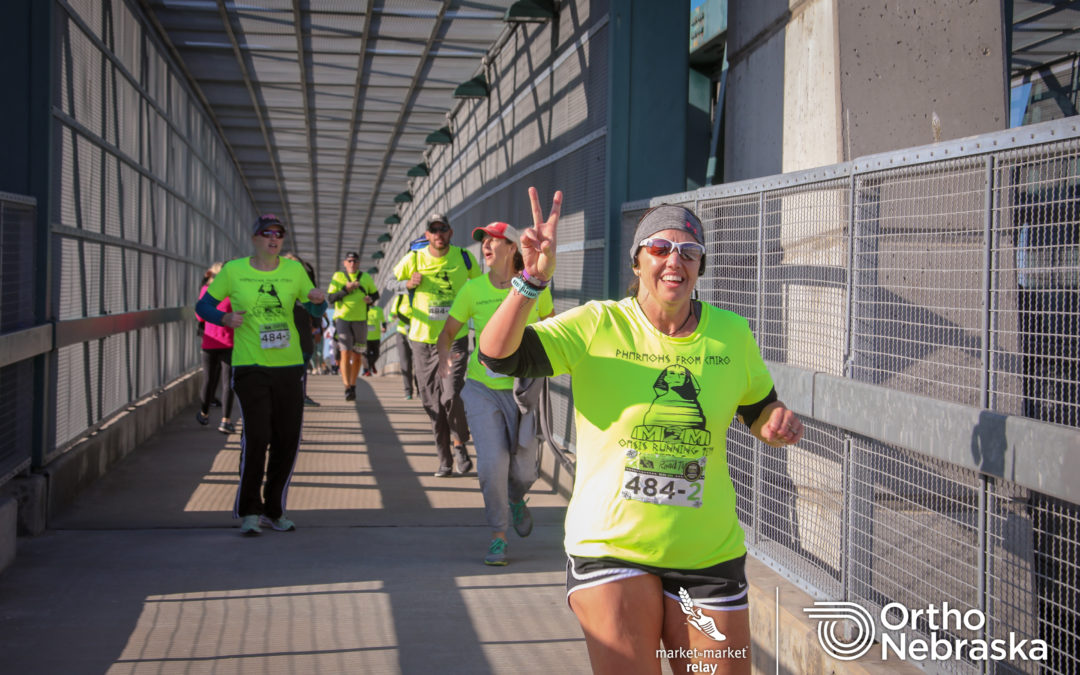 Cairo, Nebraska is a rural town of 750 just outside of Grand Island. Pronounced Caro, the residents of this close-knit community accept their daily responsibility of correcting the easy mispronunciation. It was, after all, named Nebraska’s hardest-to-pronounce city.

“I’m not sure why we aren’t pronounced like the Cairo in Egypt. Our streets are all named after Pharaohs, there are camel and pyramid themes throughout town, but it’s pronounced like the syrup. We understand that people are going to mispronounce it, but that doesn’t make it less frustrating to hear it said wrong.”

And this secret language among locals is what drew Tanya Poehler and the Pharaohs from Cairo to one another in the first place.

“We saw one another at other races through the years, and once you hear someone say ‘Karo” instead of KYRO you know you’re in the presence of the locals. We kind of snowballed, collecting more at each race.”

For the last five years, the Pharaohs have made the trip to Lincoln for the Market to Market relay.

“Our former captain Peg was the first to sign us up. The race always sells out, so we’ve always had to rely on the lottery to get in. Through some kind of luck, we’ve always been able to secure a spot.”

The one thing they haven’t been lucky enough to secure in years past was an early start time.

“We’ve always loved Market to Market, but we ended up with a lot stacked against us. We generally always ended up with a late start time. Late starts are probably great for people who are fast, but that’s not us! We don’t run it competitively, and sometimes we would have a sub who wasn’t as prepared for the race. Sometimes the weather slowed us down. There were a lot of legs we were doing the handoff pretty much alone.”

“This year, we landed an early start time. Like I said, we’ve always enjoyed it, but this year was just different.”

“We started at 5:40 in the morning. Every leg, we were there with all of the other runners. We got to enjoy all of the aspects of the run we had missed in years past. We even ended up getting competitive on the last leg. There were two other teams that were really close, and we were all going to run over the finish line together, but something in me just got swept up! I couldn’t wait for the team to join me, I had to get there before the other two teams. I took off and crossed first!”

That last minute decision may not have resulted in a victorious team photo at the finish line, but it did result in the Pharaohs setting a personal record.

“10 hours and 11 minutes. I’m so proud of us! And this year, there was still so much energy at the end, and we finished early enough that we were finally able to hang out at the after party. Pink Gorilla does so much to make these events exciting and fun, and this year we really had the opportunity to enjoy all of the touches that make these events great. It was the best year yet!”

We are thankful for teams like the Pharaohs of KARRRRRRO who sign up year after year, bringing the fun that makes this event great for us all! We can’t wait to see you all next year!