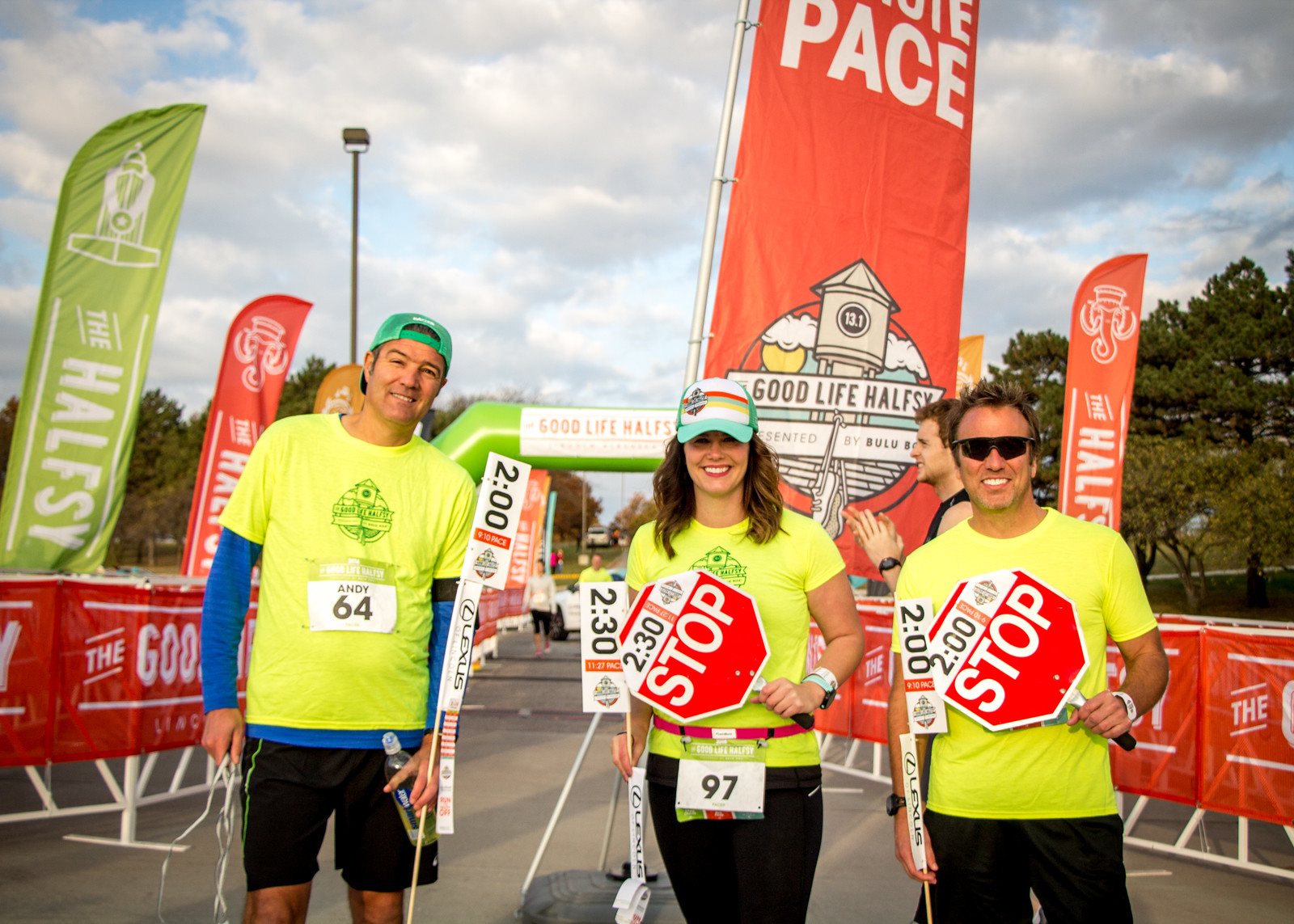 This story is the final part in a four-part series about our Halfsy Hero, Andi Hallgren. Our series followed Andi and three other heroes as they trained for the November 6th Good Life Halfsy.

Andi got up early, ate her breakfast and was out the door well before the sun came up on race day – she couldn’t wait to get started.

Sure, she was ready to run, but she was also anxious to meet up with the other runners and pacers who would join her on the course that day.

As a pacer team coordinator, Andi has run a lot of races, but she’s also been a source of encouragement and momentum for runners during the Halfsy. Before the race, she chatted with the other pacers, made sure she had all of her necessary gear and then lined up in her designated corral to wait for the race to start.

During the race, Andi was focused on encouraging the variety of runners who ran next to her. There was a 12-year-old competing in his third half marathon, first time Halfsy runners and a handful of friends and family members running in pairs. The momentum of the race was great, Andi said. She and her co-pacer cheered on runners at each mile-marker, encouraging them to keep pushing forward toward the finish line.

There wasn’t anything surprising or remarkably different about this Halfsy versus others, Andi said, but she did feel more confident in her own running. She credits her cross-training and discipline to making the Halfsy a pretty easy run for her – plus, she said, the unseasonably warm November weather was an added bonus on race day.

Like most every race, crossing the finish line is her favorite part. Andi said she loves to see runners’ faces as they realize they just accomplished a huge goal and can take some time to rest and celebrate their achievement.

The race is the culmination of months of training, individual runs and lots of pep talks. It’s a time and place for everyone who has trained to show up to do something together, Andi said, and there’s something really special about witnessing this moment.

As for Andi’s personal running plans, she has a few local races and triathlons on her schedule for 2017 and she plans to be a pacer for the next Halfsy as well.

Running is Andi’s outlet. It’s her way to wind down and stay fit, but it’s also a method of helping others. It’s a hobby that she’s happy to maintain and one that she can see herself doing for a long time.

Check back for more Halfsy Hero stories, or go back and read the four installments of Andi’s story.